Arlington - a tale of two cities 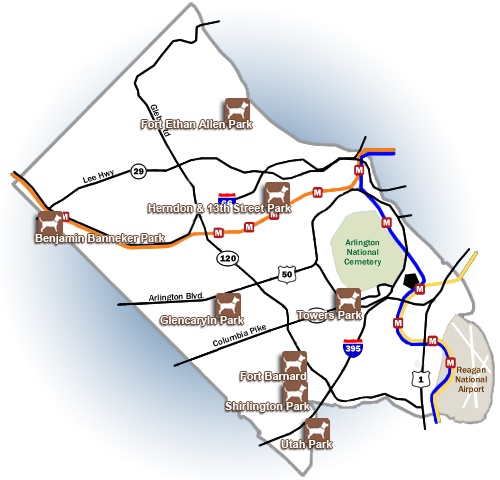 Arlington has gone to the dogs! We love our pets here in Arlington and the county has made sure we have lots of green space for our beloved dogs to romp and play.

The eight Arlington County Dog Parks are open from sunrise until one half hour after sunset, unless otherwise designated.

All dogs in the County must be on a leash and under the control of their owner or of another responsible person. The only exception to this law is when the dog and its owner are at a county-sanctioned, off-leash dog park. Dogs are never allowed on athletic fields.

Listing information provided courtesy of the Bright MLS. IDX information is provided exclusively for consumers' personal, non-commercial use, and it may not be used for any purpose other than to identify prospective properties consumers may be interested in purchasing. The data is deemed reliable, but is not guaranteed accurate by the MLS.

Thank you for contacting us, we'll get back to you shortly.

Sorry, we are unable to send your message at the moment. Please try again later.